Manila Metro Authority is moving mountains to make things in order. Many people are just seeing problem in our surrounding and not doing anything about it. We need to act.

Barangay has a lot of power to bring forth changes.

In 1990 I was elected Community Councilor this is what we did. Barangay Council legacy,

Just sharing what we did in the past as our contribution for the next generation.

Many years ago as a child I keep on looking at our window watching students and office workers riding at a kariton (wheel cart) or floats for a fee, I told myself that there should be done about it.

That opportunity to work on it became possible when I was elected as a barangay “Community ” councilor in the 90’s.

Heading the Engineering and Public work committee, we made a barangay based flood control project.

We started our work by studying the overall flood situation.

One of the things I learned from this study is the role of nature. When rain pours during hide tide expect flooding in the area.

We literally looked on the situation of Maricaban creek in Pasay and Trippa de Gallina up to the pumping station going to Manila bay. We believe that all our efforts would be useless if there are problems on creeks and tributaries leading to Manila bay.

While serving in the Barangay and as a member of Makati Task Force on Solid Waste MAnagement, I was designated by our Mayor to be a committee member of the Pasig River Rehabilitation Program representing our City Engineer.

during that time Philippine Port Authority. NHA, LGU, DENR works hand in hand in solving this problem with the help of Non government organization and other institutions.

DENR as a lead agency with the office of the President are doing the move to push LGU to do their part. Unfortunately, the political will dropped after politicians where placed to lead the DENR.

In our barangay we saw a lot of changes, No more fish can survive our canals. No more dalags, Hito, gurami, goppies. Everybody is just throwing away garbage anywhere, paints, motor oils in our canals.

Fast forward, We could only conclude that we did our job done is when there was noticeable improvement of water quality of flood water in our streets.

One of the significant achievement that was done was the enforcement of environmental compliance issued against two multinational corporation that were not using their waste water facility and instead dumping it in our canal. One was a paint company and the other was a Big detergent corporation.

One of the biggest challenge: Apprehend violators

We the barangay did our part to ensure order. Yes you heard it right. Barangay Political Will.

All non movable vehicles were removed from our streets. Business are warned that if they will not removed those junk vehicles the barangay will not renew their business permit and will pay for its removal.

We are concern with the safety of our constituents, with that said, barangay do minor repairs of sidewalks.

Construction and other demolitions of structure are monitored. Business are warned of possible action for any illegal dumping of debris, gravel and sand that ends up in the drainage.

In one occasion we asked the City Engineering office to enforce a stop order of a construction firm that had ignored our warning.

Barangay inspect drainage and its outlets.

Government flood control projects are monitored to ensure program is done on time and on its specification.

The BARANGAY impost conditions on infrastructures in our barangay.

This PNOC post was only allowed when they promise that it will not obstruct our canal, they provided a new covered waterways to ensure of a continues flow of water from Buendia to Vito Cruz.

We requested the city engineering department for plans and have it funded by the local goverment.

Flood control programs that is not under the jurisdiction of the Local Goverment are made in coordination of the Department of Public Work and with the barangay request for funding from CDF funds of Congressman Joker Arroyo .

Roads debris is are being cleared to ensure it will not end up in our drainage. 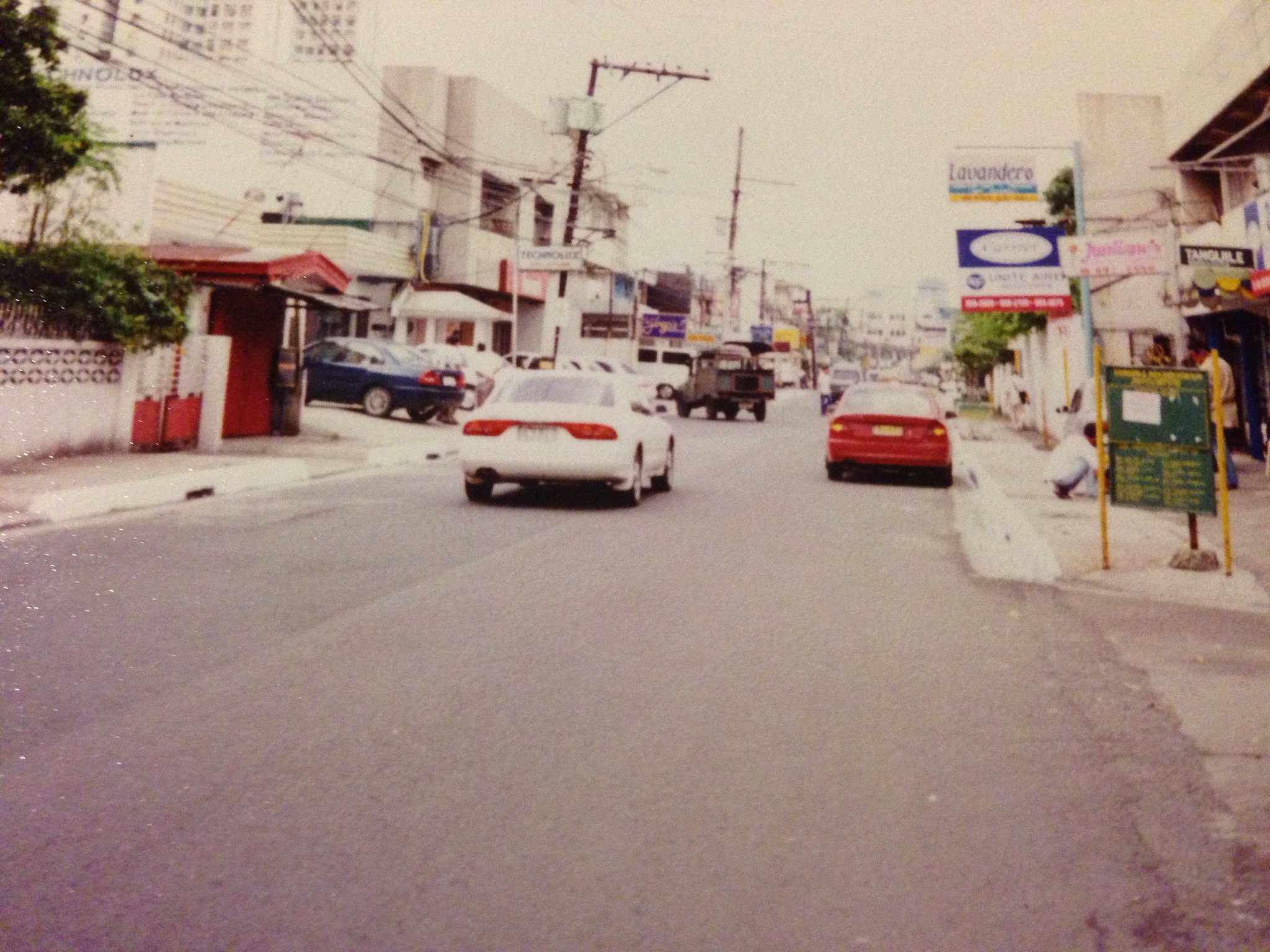 The barangay had removed pig pens, storage, debris, wood frames crossing the creeks and it was done with a strong political will.

Maintenance of trees by the Barangay

From eye sore area to a Beautiful site

To answer our problem of dumping garbage on sidewalk we cleaned it up and beautify the area.

Photo: UST students in 1998 painting murals on the walls that were previously full of junks. 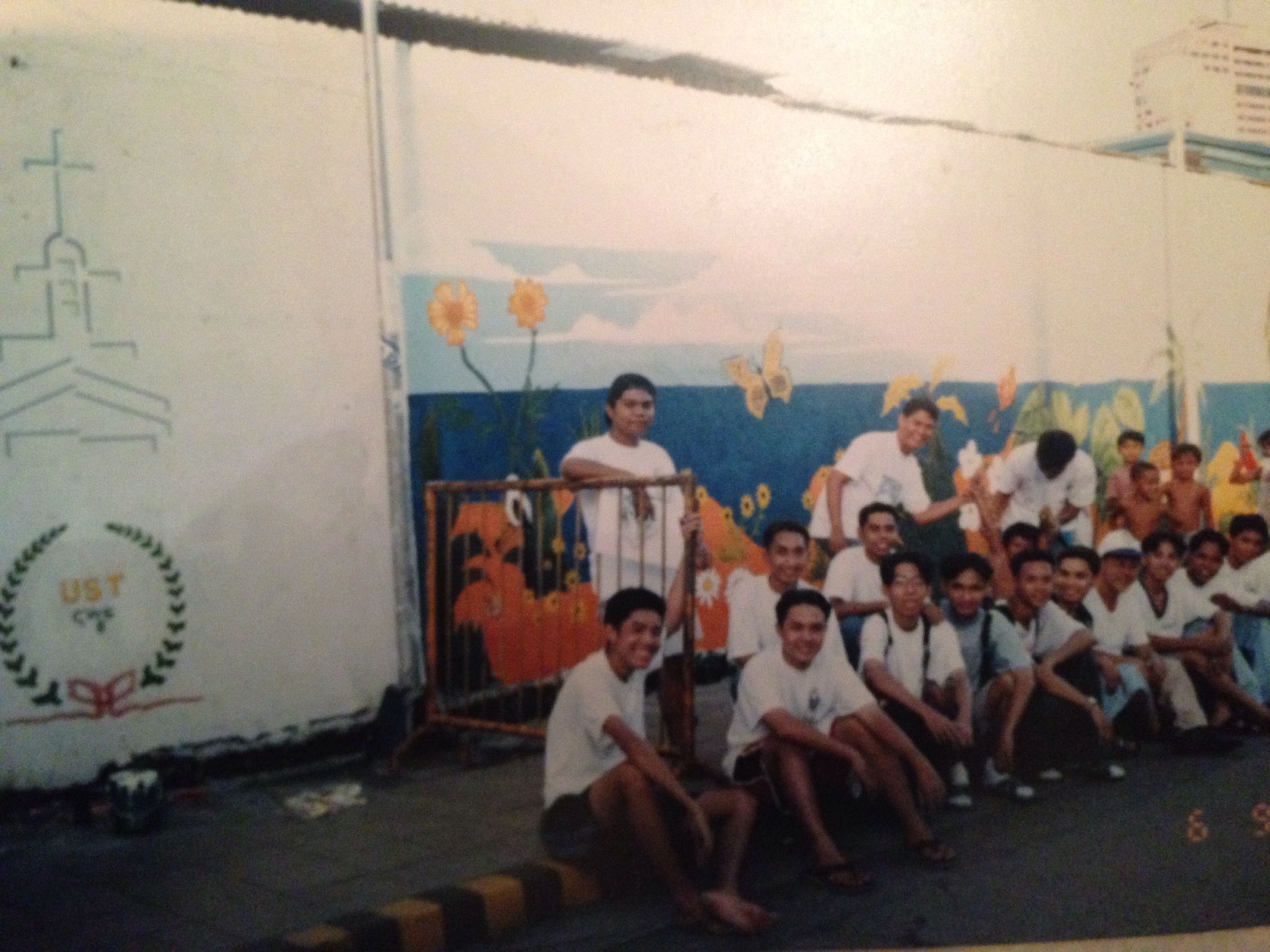 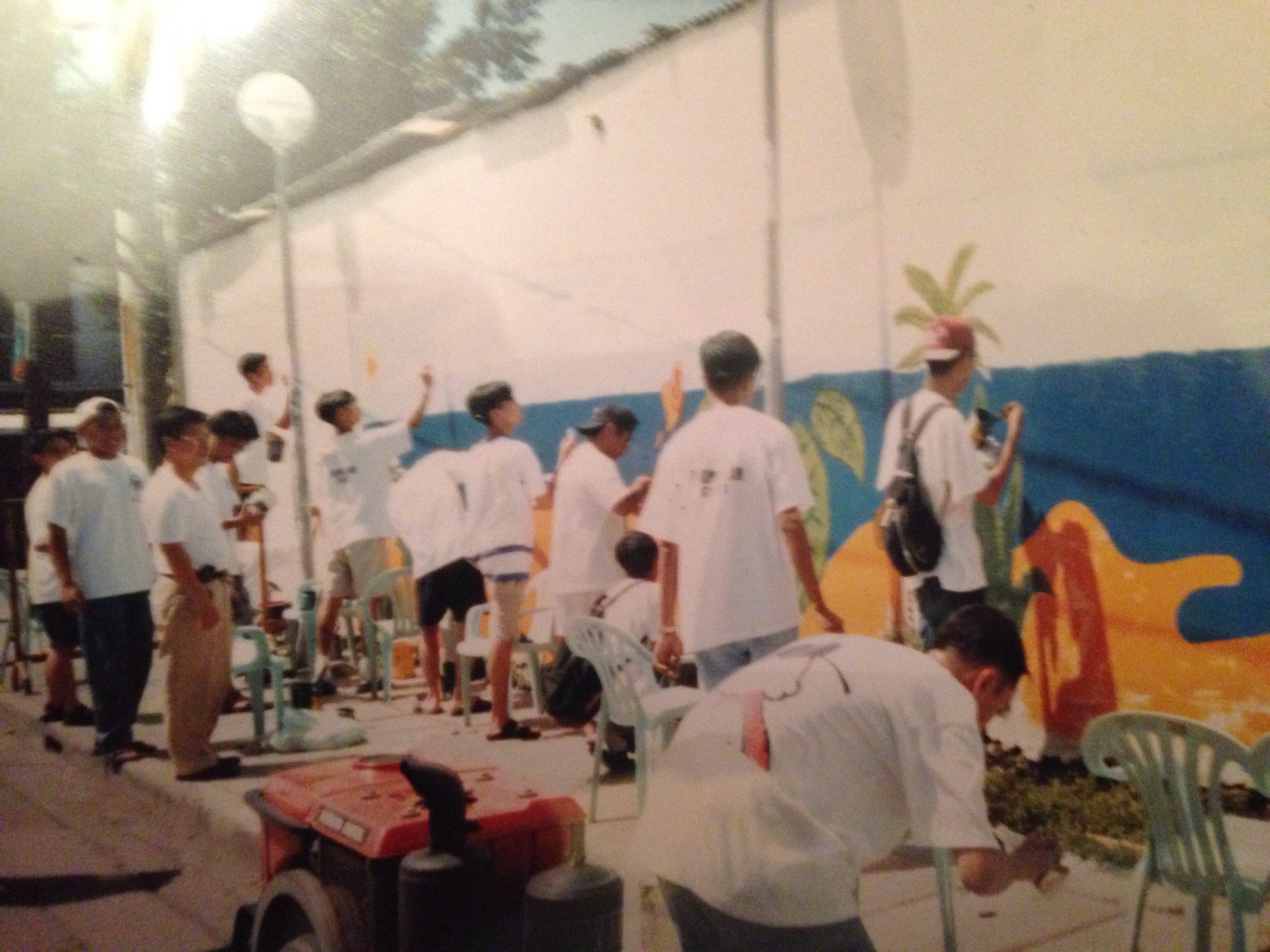 We also had a pinta pader contest among the youth sponsored by business in our community. It was even published in Manila’s newspaper Phil Star .

Partnership with the youth: Education on Cleanliness and environmental campaign . (Environmental parade in the community.)

No one is above the law

Obstruction of sidewalks are cleared by the BARANGAY. Public Transportation illegally entering our residential areas are apprehended.

We did our part and this is our Story. Barangay winning one of the cleanest in Makati. 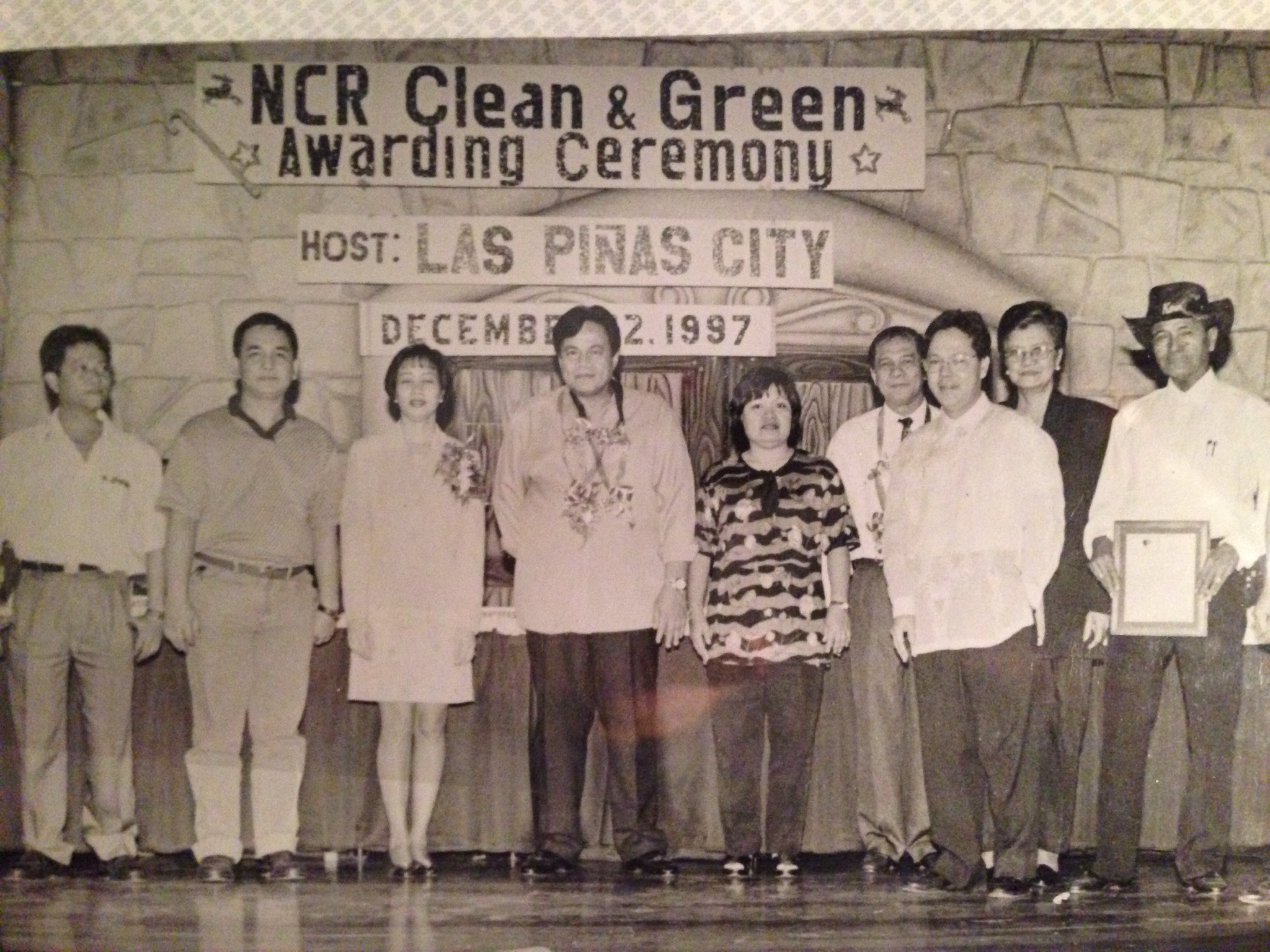 It is his term that we were able to negotiate for additional land that we need for our Barangay Covered Court. This is my greatest dream for our youth and the community. Mission done. Thanks for Mayor Jejomar Binay. 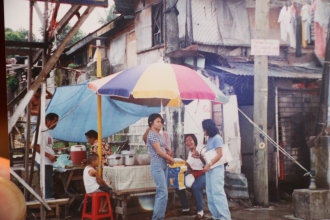 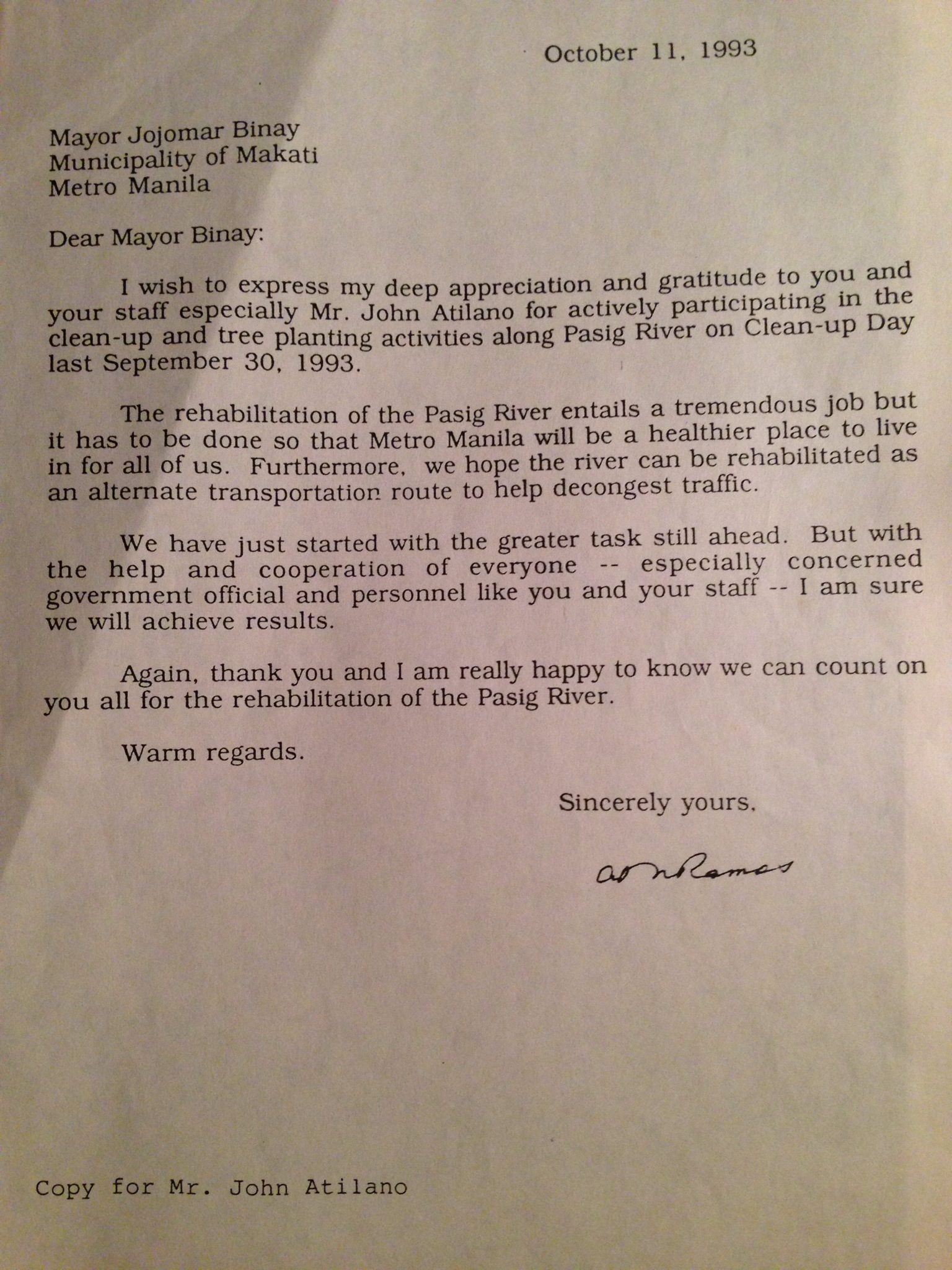 Join us to make our world Better.

A covenant for change. 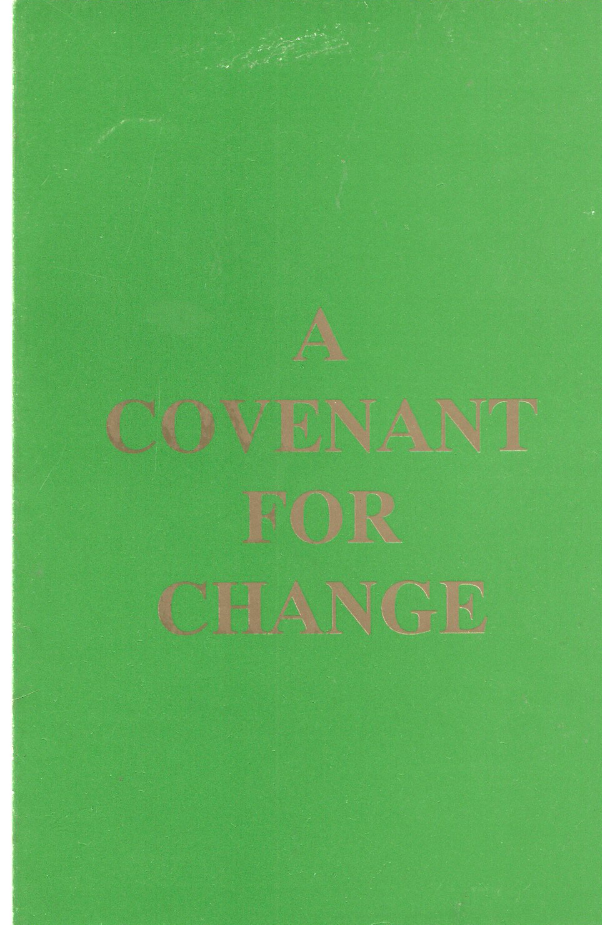 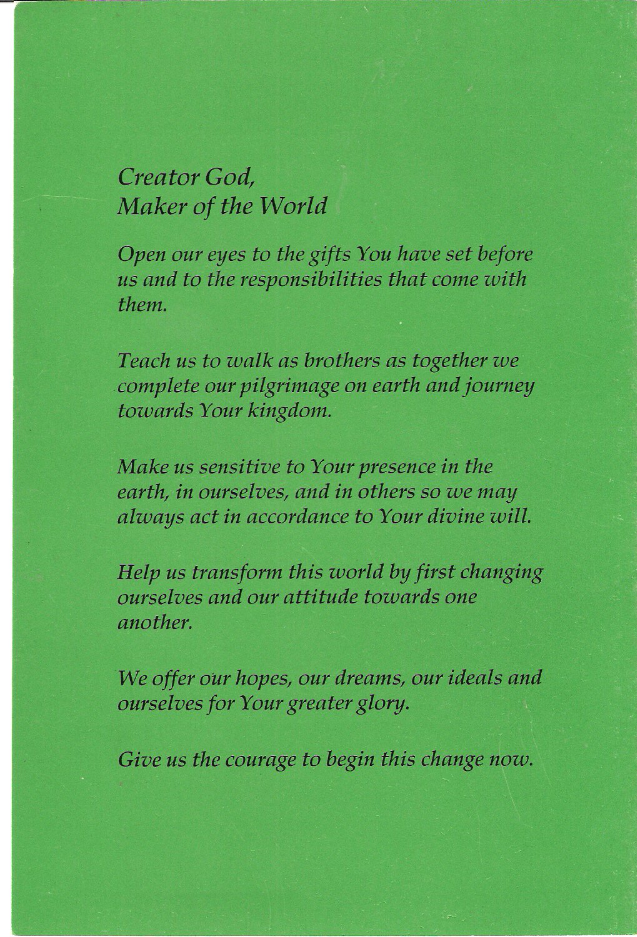